The princess of york raided the queen’s wardrobe and. The sir norman hartnell dress worn by princess beatrice at her scaled down wedding two months ago will be on display at windsor castle from thursday. Princess beatrice was forced to postpone her wedding to edoardo 'edo' mapelli mozzi due to coronavirus, but the pair have finally been able to tie the knot in a secret ceremony.

Pin by Marilize on My Royal Obsession in 2020 Wedding 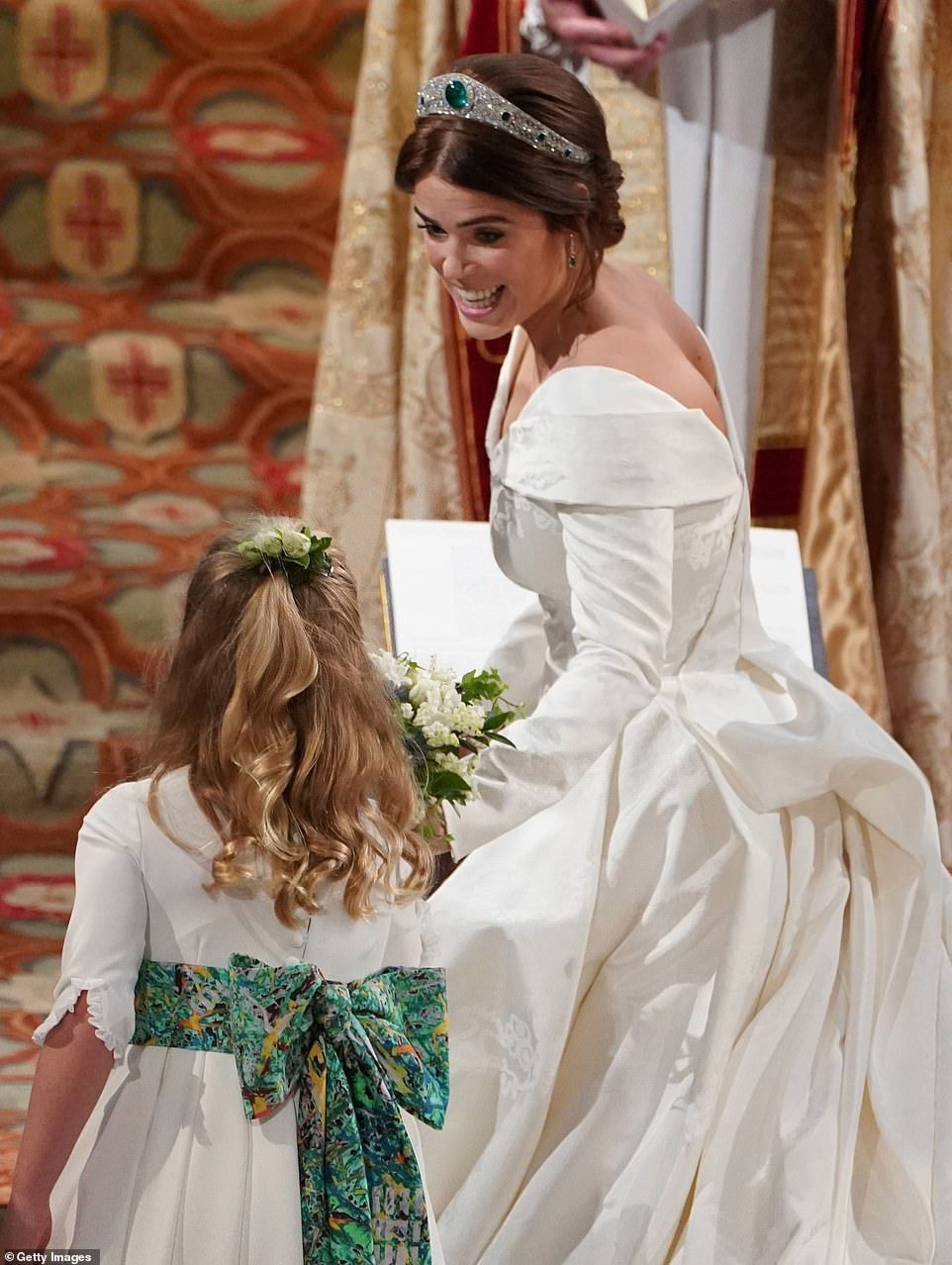 Princess beatrice wore a vintage dress by norman hartnell and the queen mary diamond fringe tiara, both belonging to her majesty the queen.

The queen and prince philip appear in another shot. It was first worn by the queen in the 1960s. The tiara was worn by her majesty on her wedding day in.

Hulton archive via getty images queen elizabeth wearing the dress again at the state opening of parliament in april 1966. The story behind the queen’s magnificent norman hartnell gown, worn by princess beatrice 59 years on the queen wore the dress at least three times between 1961 and 1966 Beatrice wore a vintage norman hartnell dress worn by the queen on multiple occasions, as well as the tiara the queen wore for her wedding to prince philip.

The beautiful wedding dress was made from peau de soie taffeta in shades of ivory, trimmed with. Queen and prince philip 'were only royals to attend princess beatrice's wedding' while the exact details of the bride’s dress remain unknown, the daily mail reports she opted for her original dress. Princess beatrice's enchanting wedding dress belonged to queen elizabeth an oldie but a goodie!

The queen mary tiara, which elizabeth wore on her own wedding day to prince philip in 1947 (it was also worn by princess anne in 1974), “is quite light and simple, says field. New pictures of princess beatrice’s wedding reveal a vintage dress first worn by the queen and a tiara she wore at her wedding. The first pictures of princess beatrice's wedding has been revealed and she's wearing a vintage dress her grandmother wore in 1962.

PHOTOS Best and WorstDressed Celebs from the Royal